Virtue Poker is a decentralized poker platform that leverages the power of the Ethereum blockchain to create poker software that is provably fair in multiple ways.

It’s a much-needed evolution of traditional black box gaming systems, allowing players to both visualize and take control of the gambling randomization process, providing a deeper sense of trust and security.

All online poker players have had their share of suck-outs, coolers, and bad beats. Even if you trust a website, there’s always that lingering feeling that something might be amiss when your flopped set of aces gets cracked or when your opponent rivers a one outer.

There is undoubtedly a history of shady online cardrooms giving players access to hole cards and editing deck run outs, so it’s no wonder that people can sometimes be skeptical.
Virtue Poker resolves this by moving the shuffling process client-side instead of server-side. On non-crypto online casinos, the cardroom shuffles the cards on their end and deals them out to players.

There is no way at all to verify that the cards have been dealt in a truly random manner. Virtue Poker, or VP, uses client-side shuffling and encryption keys on each individual player device. This way, deck shuffling is verifiably random, and a malicious attacker cannot feasibly uncover the order without having access to all player devices, which even the server cannot do.

A far more common horror story in the online poker world is people’s funds being limited, their accounts closed, and their money was disappearing.

Millions of dollars have been confiscated from players for various reasons - cheating, soft play, ban evasion, failure to identify, etc. - regardless of whether those reasons are founded or not. Traditional cardrooms retain ultimate control over your money simply because the only way to play on their sites is to deposit money directly into their accounts.
In order to play online poker whilst also retaining control of your money, Virtue Poker has come up with the ingenious idea of integrating non-custodial sidechains.

The sidechain contract allows you to ‘deposit’ funds by locking them into a sidechain channel, and you can retrieve them at any point using your wallet. Virtue Poker themselves does not have access to the wallet, given that it’s a smart contract with designated approval, and thus cannot arbitrarily limit access to your money.

Virtue Poker’s game client, the holding zone for all of these features, includes a shuffler, game engine, and user interface.

The client is fully compatible with Windows, Mac, and Linux. The state engine runs the game logic (processing bet sizing, legal moves, and deducting hand strengths on showdown). A light wallet is included in the client to integrate Ethereum payments directly without having to use an external payment processor.

The game client’s backend also contains the processing code necessary to validate and broadcast the deck order to the other clients in the hand.

The Virtue Poker Client is poised to handle the extreme technical load from explosive growth that is to come. According to the official project’s Medium posts, the Virtue Poker client had seen over one million hands dealt. In July of this year, VP began generating record rake figures with over 700 online members at one time.

Virtue Player Points (VPP) is Virtue Poker’s native token, and it unlocks a lot of cool features that the platform has. As of writing these lines, the VPP token has a current price of $0.5, a market cap of approximately $7.2M, and 14.5M circulating tokens.

The VPP token sale took place in the first half of 2018 as an ICO, which raised over $12M in ETH worth, at that time. Later in 2021, Virtue Poker conducted a second sale on the Repulic platform, raising another $5M.

Staking System: Since the entire platform is decentralized, there needs to be a way for dispute resolution and judgments. By staking VPP tokens, anyone can become a table referee (a Justice). This method removes the possibility of unfair/biased rulings from the site operator. Additionally, VPP holders can access special tournaments exclusively for them that standard players don’t get a chance to participate in.

Virtue Poker’s staff, led by Ryan Gittleson and Hamilton Carmean, feature an all-star team including a former NASA engineer, PokerStars’ original CMO, and more. It’s the perfect group of people fit to create a platform worthy of the next generation of poker. Virtue Poker has also teamed up to create some monster partnerships with leading poker players such as Dan Colman, Brian Rast, and the legendary Phil Ivey.

Virtue Poker has created a robust platform with the hallmarks of innovation: a fully decentralized game arbitration system, client-side shuffling, and non-custodial handling of user funds. However, there are two major challenges that the platform must overcome in order to gain significant market share in the online poker space.

As of now, Virtue Poker only accepts ETH and VPP for deposits, which is a massive shortcoming given that the majority of online poker volume comes from wire transfers, card purchases, and Bitcoin. Most large sites don’t accept ETH because it’s not a huge source of player demand.
We have seen a similar challenge with SWC, an online poker site that accepts Bitcoin. Volume is lackluster, possibly due to the lack of card deposits, or a combination of that and its poor UI. It will be impossible to retain a non-custodial setup while accepting fiat, but it might be possible for VP to engineer a Lightning sidechain to accept BTC deposits in a similar manner - that would most likely ramp up player volume by quite a bit.

Earning trust and recognition in the online poker space

One would assume that the choice between a provably fair deck and a black box deck is obvious, yet players still flock to the more prominent providers that always have the lingering possibility of being rigged.

This is because, with such a large number of players and such a long history of fair operation, players are reluctant to shift their home base entirely, especially onto a platform with a shorter history.

This is a harder issue to resolve since building trust takes years, but this can potentially be exacerbated by partnering with big names in the industry.

We have seen GGPoker’s meteoric rise to stardom in the online poker world, outpacing behemoths like PokerStars, primarily thanks to great marketing (including an aggressive partnership with poker giant Daniel Negreanu).

Virtue Poker would do well to ramp up promotions, both in the form of partnerships and sponsored tournaments in order to get the word out there as quickly as possible. Once poker fans see their favourite players trust the platform, the trust will carry over.

Overall, Virtue Poker is a brilliant platform with a promising future ahead and a great token system. They are growing slowly, and only time will tell whether they can reach the levels of some of the bigger online poker platforms. It’s definitely possible, and they have the team & backing to do it successfully.

For more info – visit the official website of the platform. 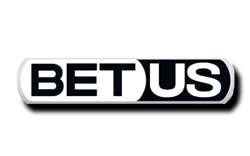